Share a memory
Obituary & Services
Tribute Wall
Read more about the life story of Robert and share your memory.

He was preceded in death by a grandson, Eric Grothouse, a brother, LaVerne (Carlene) Schulte and a sister, Joanne (Tom) Hermiller.

Bob was a 1950 graduate of Kalida High School. After high school he served in the U.S. Army during the Korean Conflict. When he returned from the Army he attended and graduated from The Ohio State University in 1960 with a Bachelor of Agricultural Engineering Degree. He was named an honorary alumni of Delphos St. John High School in 2000.  He was a member of St. John the Evangelist Catholic Church.

Bob was the recipient of the Pope Leo XIII Award from the Pontifical College Josephenum, and was a co-winner with his wife Grace, the L.E. Dettman Founders Award for best personifying the entrepreneurial spirit with dedication, discipline and direction to achieve best results.

Mr. Schulte was also a member of the Ohio State Alumni Association, Lima Noon Optimists, Delphos Optimists, the Delphos Knights of Columbus Council 1362, the Lima Symphony Board, a member of the Union Bank Company, where he was a board member, Lima Rotary Club, the Ave Maria College and numerous committees for the St. John the Evangelist Catholic Church.

A Funeral Mass will begin at 10:00 a.m. on Monday, July 18, 2022 at St. John the Evangelist Catholic Church.  Burial will follow in Resurrection Cemetery with military graveside rites conducted by the Delphos Veterans Council.

Visitation will be from 1:00-7:00 p.m. on Sunday, July 17, 2022 at Weber Funeral Home, 1840 E. Fifth St., Delphos, where a Parish Wake Service will be held at 7:00 p.m.  Memorial contributions may be made to the St.John’s Parish Foundation and to the Robert and Grace Schulte Family Scholarship Fund at the Ohio State University.

To send flowers to the family or plant a tree in memory of Robert M. 'Bob' Schulte, please visit our floral store.

Your browser does not support this video format. You should be able to view it in Chrome, Safari or Internet Explorer. 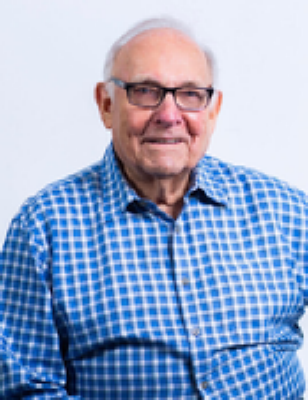