Share a memory
Obituary & Services
Tribute Wall
Read more about the life story of Kenneth and share your memory.

Kenneth O. “Kenny” Wieging, 78 of Delphos, passed away early Saturday morning, January 21, 2023 at Kindred Hospital, Lima, Ohio. He was born on November 12, 1944 to Otto and Marie (Trentman) Wieging and they preceded him in death. Fifty Three years ago on July 5th he married Edith (Pohlman) Wieging and she survives him.

He is preceded in death by his parents, sisters, Gloria Wrasman, Sharon (Pat) Stechschulte, his godson, Steve Maag and his mother and father-in-law, Martha and Bob Pohlman.

He had been employed as a Welder at General Dynamics, and previously worked at Clark Equipment, and Metakote. He was a member of St. John the Evangelist Catholic Church, the Delphos Knights of Columbus, and the Delphos Eagles. His greatest joy was following his grandchildren in all of their activities and he loved playing cards with them. He enjoyed tinkering around the garage; and was an avid St. John Blue Jays fan.

A Funeral Mass will be held Wednesday, January 25, 2023 at 10:30 a.m. at St. John the Evangelist Catholic Church with Father Hunyor as Celebrant.  Burial will follow in St. John’s Cemetery.

Family and friends may call Tuesday, January 24 from 3:00 p.m. until 8:00 p.m. at the Weber Funeral Home, where a Parish wake will be held at 8:00 p.m.  Memorial contributions can be made to St. John’s School or to the Athletic Endowment Fund.

To send flowers to the family or plant a tree in memory of Kenneth O. Wieging, please visit our floral store. 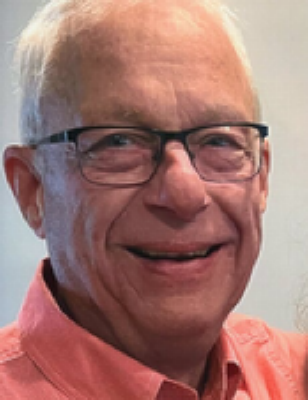